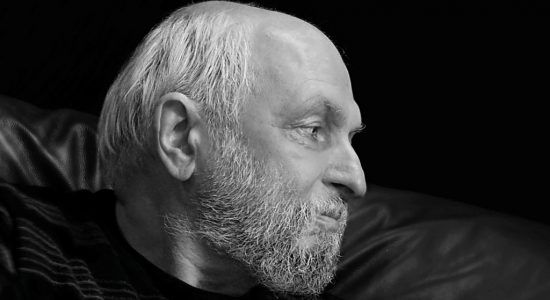 Kama Ginkas, People’s Artist of Russia, a director, was born in Lithuania in 1941. He graduated from the Georgy Tovstonogov’s directing class at the Leningrad State Institute of Music and Cinema (LGITMiK) in 1967.

His first professional debut was in Riga, Latvia where he staged The Reunion by Victor Rozov. For two years he headed up the Young Spectators in Krasnoyarsk. There he staged Hamlet by Shakespeare, 451° Fahrenheit by R.Bradbery, and others. On coming back to Leningrad, he directed The Monologue about Marriage by Edvard Radzinsky, Tennessee Williams’s Kingdom of Earth, Looking like a lion by Ibragimbekov and his own play Pushkin and Natalie.

Ginkas has been working in Moscow since 1981. During his time in Moscow he directed The Carriage written by Nina Pavlova. and The Toastmaster by Alexander Galin in the Moscow Art Theatre, Five Corners by Sergei Kokovkin and Hedda Gabler by Ibsen in the Mossovet Theatre, The Blond by Volodin in the Mayakovsky Theatre, The Room of Laughter by Bogaev in the Moscow Tabakov Theatre. Such outstanding actors like Innokenti Smoktunovsky, Sergei Yurskii, Alexander Kollyagin and others are performing in his productions.

Kama Ginkas is the author (with the participation of John Freedman) of the book “Provoking Theatre. Kama Ginkas directs” (USA, 2003, “Smith and Kraus”).

Kama Ginkas was awarded the State Prize of Russia, the Golden Mask national theater prize, Crystal Turandot for Achievement in Culture, The Mikhail Tumanishvili Prize for Perfection in Art .

Kama Ginkas is a professor at the Swedish Academy in Helsinki, Finland and a professor of the Moscow Art Theatre Studio . He was invited to lecture and lead workshops in many theatre schools and Universities of England, USA, Canada, France, Norway and Finland. In 1998 Kama Ginkas headed the actors/ directors laboratory in the Royal Shakespeare Theatre (England).